As 2009 comes to a close, the Telegraph presents a compilation of this past year's wackiest inventions. As always, here at WonderHowTo, we are inspired and impressed by ingenuity. The contraptions below range from utter silliness (engagement ring bra) to downright amazing (see-through concrete). Check it out.

"A Chinese man called Mr Bi has trained his cat to use his toilet. He spent seven years inventing the gadgets that allow his pet to flush away her mess. He now plans to sell his contraption to other cat owners." 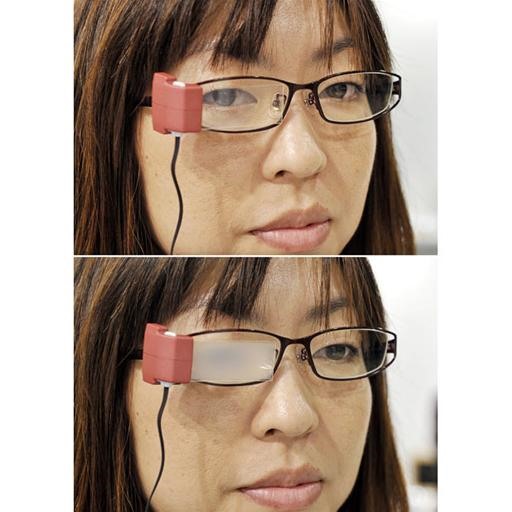 "Masunaga's Wink Glasses are designed to avoid dry-eye when the user concentrates on video gaming or the web. They have a sensor to detect how often the user blinks. The lens fogs when the user keeps his or her eye open for five seconds without blinking." 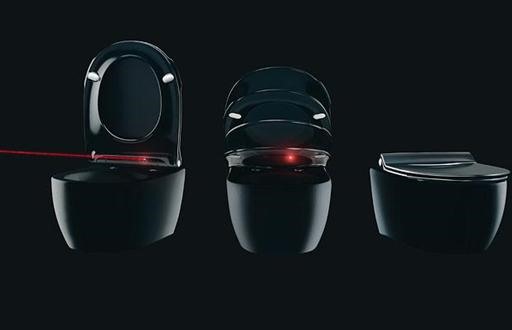 "A robo-toilet that senses your movements has been launched. The AutoClose loo keeps track on you using an infra-red beam - and will raise and lower the seat accordingly. The seat closes automatically after you've stepped out of range." 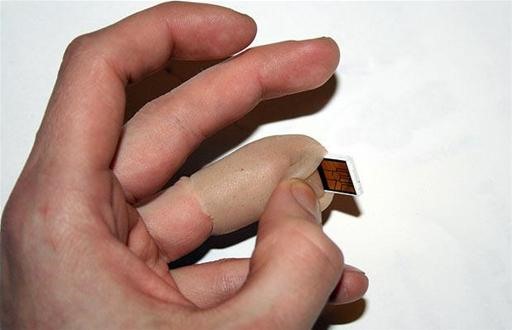 "A computer programmer who lost his ring finger in a motorcycle accident has had it replaced with a USB drive. Jerry Jalava from Helsinki, Finland, has built the special prosthetic finger which he can peel back from the 'nail' and plug into the USB slot on." 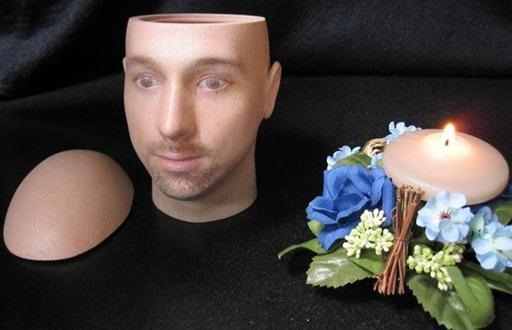 "British firm Cremation Solutions have come up with personalised urns that look just like the dearly departed. The firm uses facial reconstruction and 3D mapping software to recreate the face of your beloved." 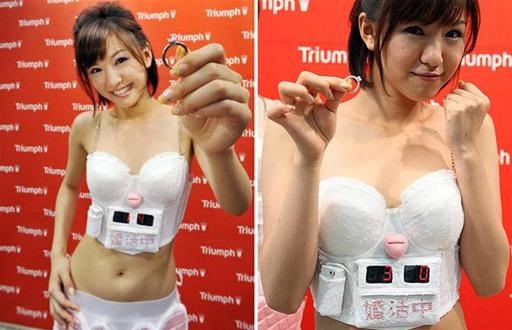 "A model demonstrates the 'Husband Hunting Bra' in Tokyo. Under the bra cups is a clock counting down to the date set by the wearer. When an engagement ring is inserted, the countdown stops." 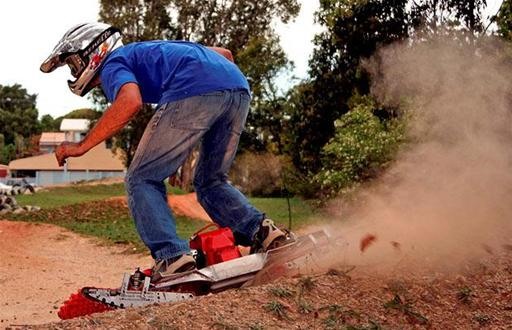 "The Scarpar board uses two tank-like tracks to roar across tricky off-road surfaces which would prove impossible with wheels. With a 8hp motor operated by a hand controller, the board can hit speeds of up to 37mph." 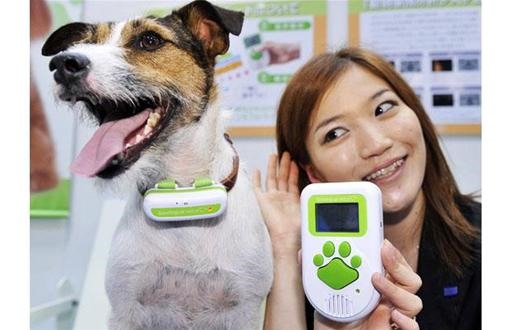 "A Tomy employee poses with the Bowlingual Voice, a gadget that expresses dogs' emotions, at the annual Tokyo Toy Show. Tomy claim the gadget analyses a dog's voice through a wireless microphone attached to its collar and then displays its emotions." 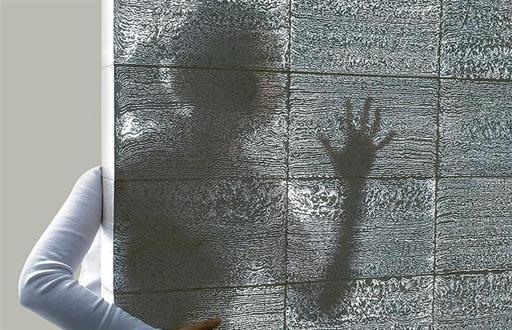 "Scientists in Hungary have invented see-through concrete. Filled with optical fibres that run from one end of a poured piece of concrete to the other, these prefabricated blocks and panels effectively transmit light from one side to the other." 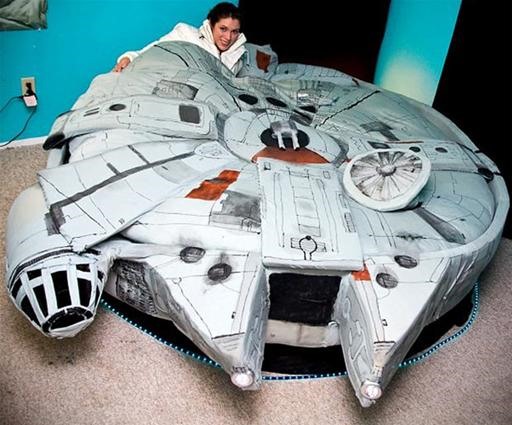 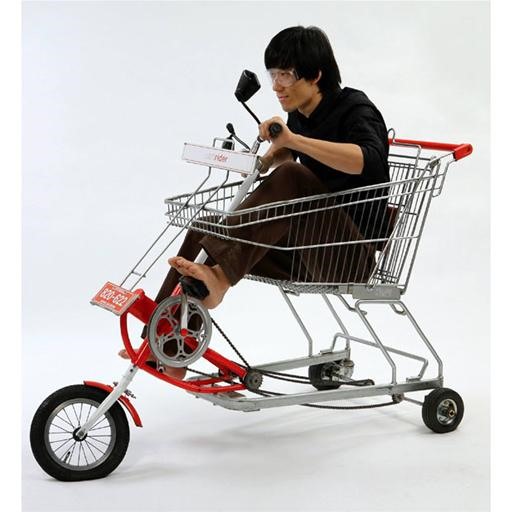 "Combining the idea of a shopping cart and a bicycle, Korean designer Jaebeom Jeong (www.stonenwater.kr) has come up with Cartrider." 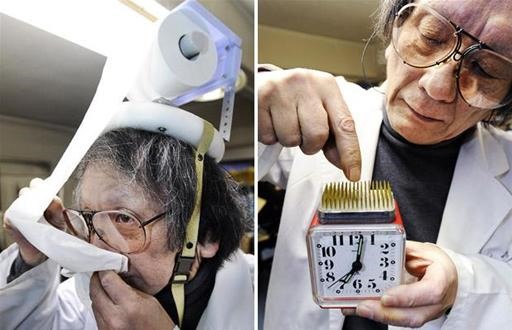 "Kenji Kawakami's Hayfever Hat, which dispenses a continuous flow of toilet paper, and an alarm clock with the snooze button in the middle of a bed of sharp pins, designed to keep the user awake..." 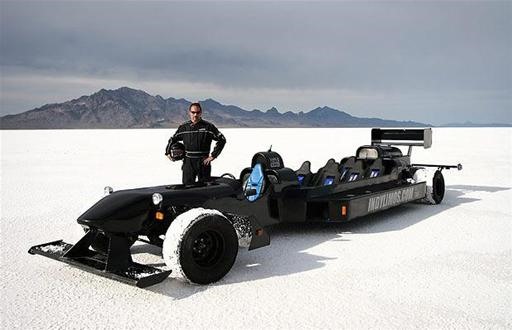 "Canadian inventor Michael Pettipas poses on the Bonneville salt flats in Utah with his Forumla One limo which seats six passengers, has an eight-litre engine and can reach speeds of up to 140 mph."

Click through to the Telegraph for more of 2009's Weirdest Inventions.

Want to master Microsoft Excel and take your work-from-home job prospects to the next level? Jump-start your career with our Premium A-to-Z Microsoft Excel Training Bundle from the new Gadget Hacks Shop and get lifetime access to more than 40 hours of Basic to Advanced instruction on functions, formula, tools, and more.

Other worthwhile deals to check out:

Join the Next Reality AR Community

Get the latest in AR — delivered straight to your inbox.